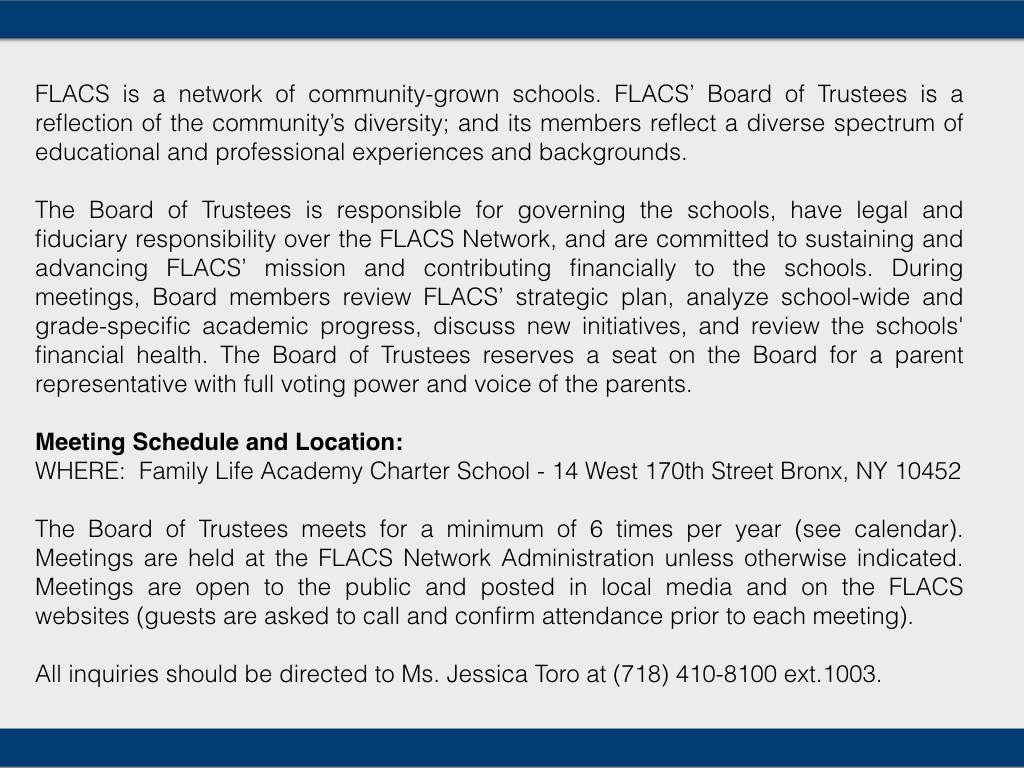 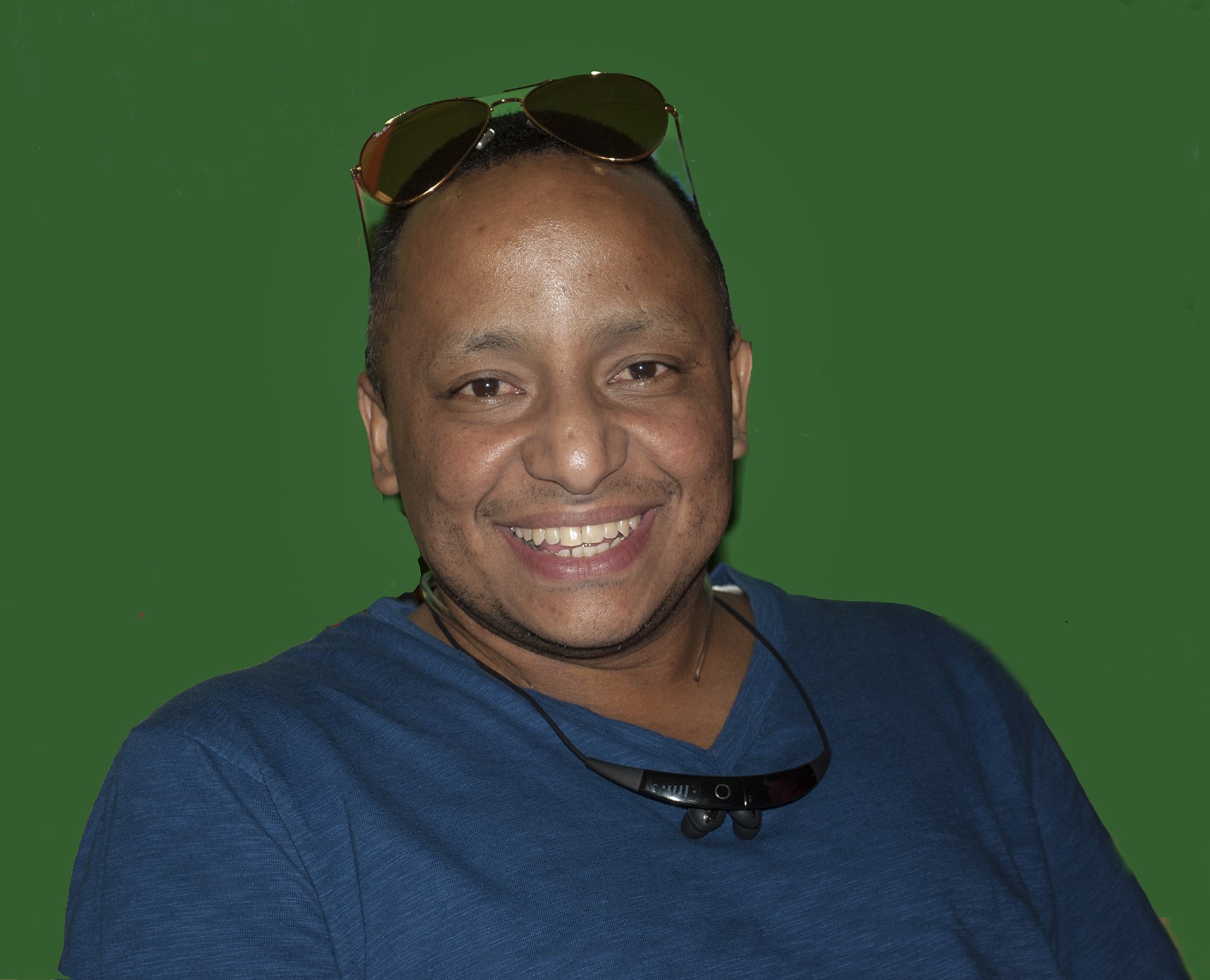 Mr. Peña was PTA President and founding member of the Board of Directors for Family Life Academy Charter School I, which opened in the fall of 2001.  He later served as secretary of the Board of Directors from 2010-12 and has served as treasurer to the consolidated Board for the FLACS network from 2014-16.  He is now the Chairman of the board.  In his second year at Baruch College, Mr. Peña enlisted in the United Stated Marine Corps.   After his tour of duty was completed, Mr. Pena entered the private sector in the field of customer service. He has held positions as manager and later sales representative for Amway, JDC Corp. and Easy Connection from 1994 through 2004. Mr. Peña is currently a courier for FedEx where his responsibilities include staff training, evaluation and role of floor supervisor.